The Seawood Hotel is situated within the twin villages of Lynton and Lynmouth, on the breathtaking North Devon coast, surrounded by the rugged beauty of Exmoor National Park. The local area boasts stunning scenery and is steeped in a rich heritage which can be explored on foot, by bike or car.

A short walk through our garden leads you to the Victorian water powered lift, also known as the cliff railway. The railway links the two villages of Lynton and Lynmouth.

The steepest water-powered railway in the world, it is unique and sustainable as no electricity is used. The cars are powered by water and gravity alone and are joined by a cable using a pulley system - the upper car lifting the lower as it jettisons water from its tank under the carriage. 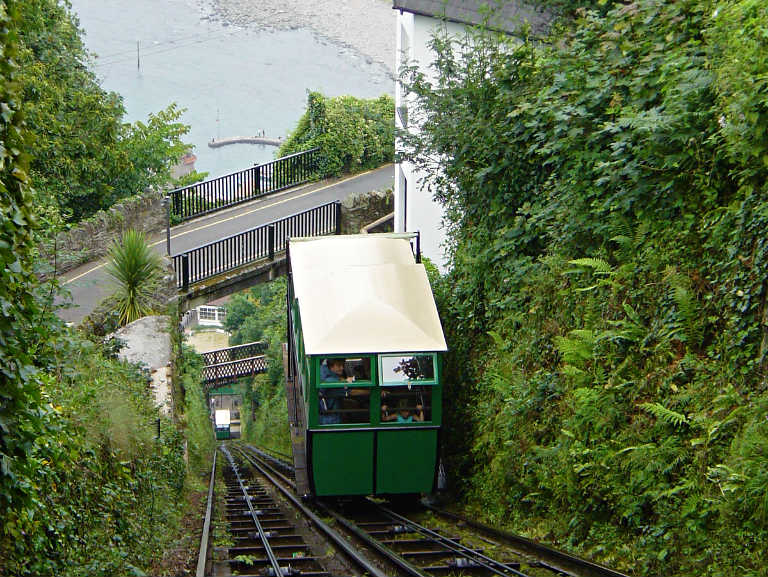 The Valley of Rocks

A short walk from the hotel, along the coast path, leads you to the enigmatic Valley of Rocks. This is where the Romantics, Coleridge, Wordsworth and Shelley, are said to have drawn inspiration for their poetry and ballads.

The strange coastal landforms are as unique as their names would suggest - where else are you to find a stack of rocks called "Devil's Cheesewring"? The valley also features the village cricket pitch which hosts matches throughout the summer.

From here, you can either return to Lynton via the road which makes for a pleasant circular walk, or continue along the coast path to Woody Bay and beyond. 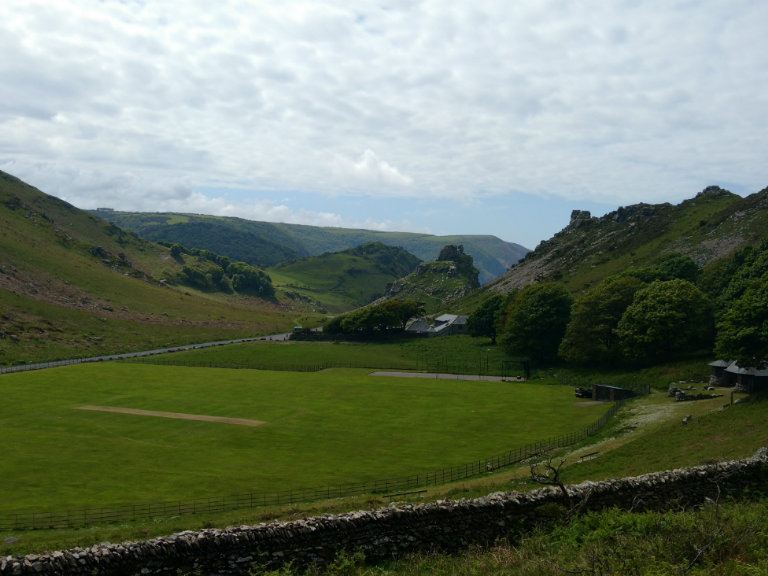 Once a traditional North Devon fishing village, Lynmouth was transformed by the Victorians, who would travel via paddle steamer to this popular tourist resort.

The harbour is fed by the East Lyn and West Lyn rivers. An interesting feature is the Rhenish Tower which was used to store salt water for indoor baths and was later fitted with a light beacon to mark the harbour entrance.

The Bristol Channel has the second biggest tidal range in the world which makes surfing here popular if not quite challenging. Boat trips out into the bay are popular during the summer. 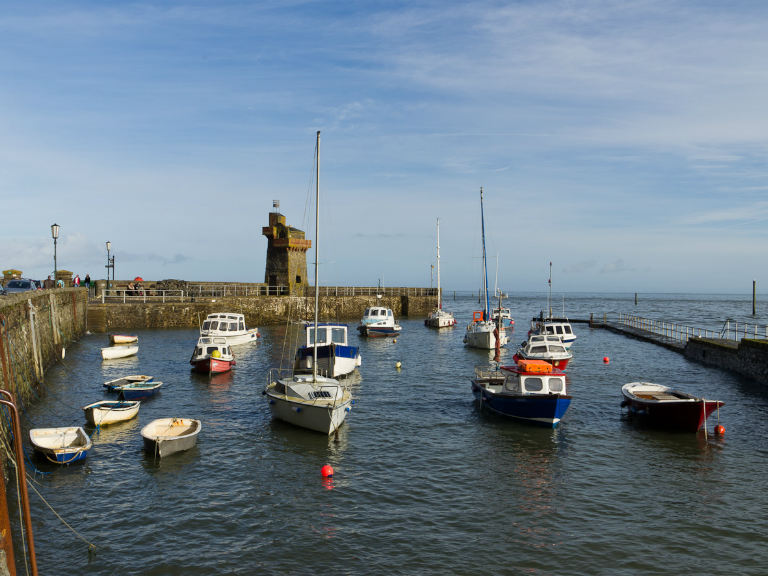 One of the prettiest walks in the area is between Lynmouth and Watersmeet, following the East Lyn river.

The walk takes about 1 hr and 15 minutes and there is lots of wildlife to be seen. Migratory salmon and sea trout frequent the river during summer and course fishing is popular.

At Watersmeet, Hoar Oak Water flowing from the moors meets the East Lyn river from Brendon and there is a beautiful waterfall and National Trust tea garden and shop. 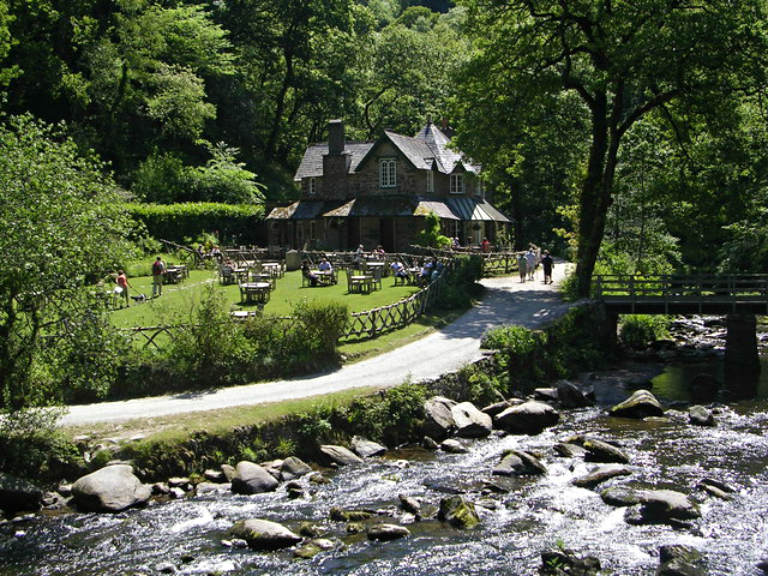 Set in the beautiful Exmoor National Park, the Seawood Hotel is ideal for exploring the impressive beauty of this rugged landscape.

Designated a National Park in 1954, Exmoor National Park was once a Royal hunting forest and is listed as an environmentally sensitive area. Its 'Dark Sky' status means the reduced light pollution affords astonomers and amateur stargazers more of the wonders of the night sky.

The Exmoor coastline - A walker's paradise

The Seawood is located directly on the South West Coast Path. At 630 miles, is the longest National Trail in England and Wales. It begins at Minehead and runs along the Exmoor coast continuing around Cornwall and Devon, and ending at Poole in Dorset.

The Exmoor Heritage Coast stretches some 34 miles from Minehead to Combe Martin with Lynton and Lynmouth located roughly in the middle. Featuring some of the highest cliffs in Great Britain, including Great Hangman, Exmoor's dramatic coastline has become an adventure playground for walkers, climbers and outdoor enthusiasts.

The area offers a wealth of paths and trails to suit all abilities. There are long-distance paths too, with the Two Moors way, Tarka Trail and Macmillan Way all converging at Lynmouth. 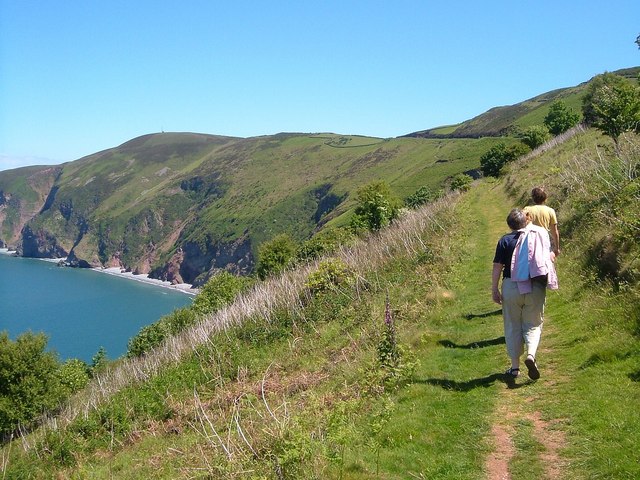 The moorland of Exmoor is home to hundreds of species of animals, birds and insects. Red deer are often seen on the open moor and many birds of prey can be seen around the local area including buzzards and peregrine falcons. There are many marine birds which nest high on the North Devon cliffs.

Largely an agricultural environment, the Exmoor landscape has been has been shaped by farming for more than 3,000 years. Many varieties of sheep feed on the moorland grasses and heather. North Devon cattle are also farmed in the area.

Most iconic of all are the indigenous Exmoor ponies which graze freely on the moors. During World War Two, the moor became a training ground and the breed was nearly killed off with only fifty ponies surviving. The ponies are classified as endangered by the Rare Breeds Survival Trust with only 390 breeding females left in the UK. 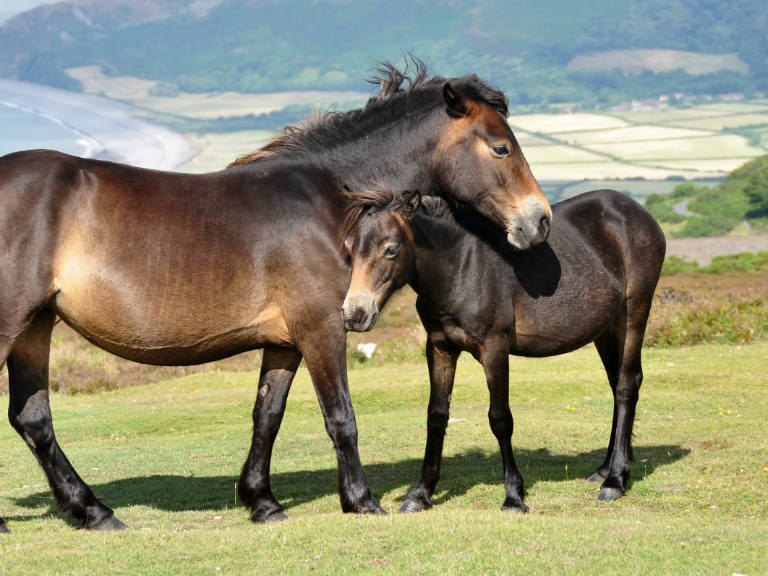 There are many sights and attractions worth seeing in beautiful North Devon and Exmoor. Porlock is just across the border in Somerset and is a quiet coastal town with an adjacent salt marsh nature reserve and a harbour at nearby Porlock Weir. Dunster not only has a stunning castle but the village, with its historic yarn market, features a wealth of historic buildings.

Arlington Court was built by the Chichester family and is now owned by the National Trust. It is home to their collection of over 50 horse-drawn carriages, ranging from the humble Hansom cab to the grandiose State Coach.

The Tarr Steps near Dulverton is an ancient clapper bridge spanning the River Barle. Comprised of massive stone slabs, some weighing up to two tons, it is designated by English Heritage as a grade I listed building and Scheduled Ancient Monument 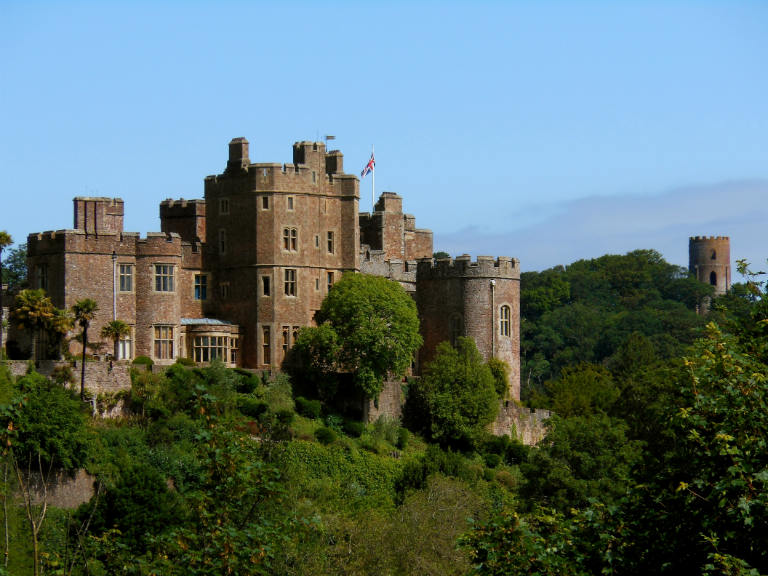 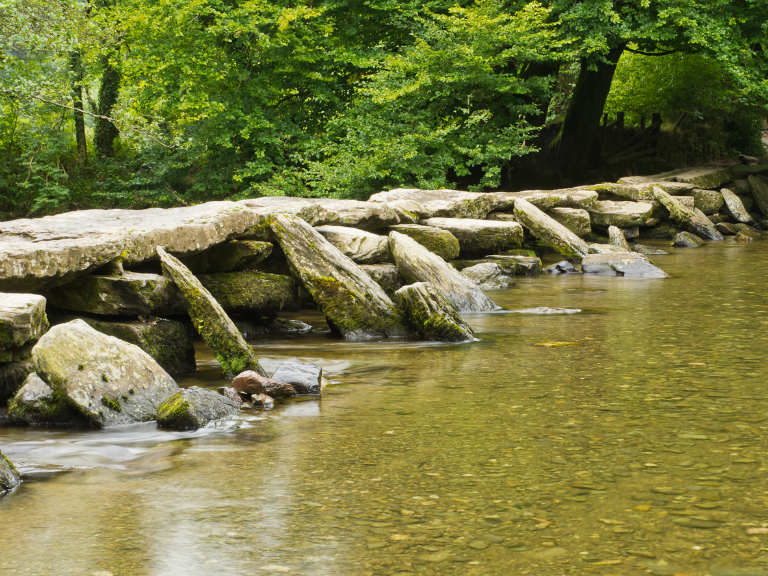